A Message From Our Director 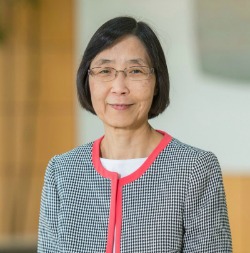 Thank you for your interest in the Michigan Medicine Hepatology Program. I invite you to explore our pages to learn more about us and what we do.

For over 50 years, our comprehensive approach to liver disease has allowed our program continued success. Our faculty have emerged as leaders at the national level. As a result, our patients benefit by having access to expert care, experimental therapies, and effective new treatment approaches. The new insights and knowledge generated by our faculty benefit not just our patients, but also patients around the world. Our faculty have contributed to the development of national guidelines on management of a variety of liver diseases. These guidelines provide guidance to physicians all over the world on how to manage patients with liver disease.

We have multiple NIH-sponsored clinical research networks, including acute liver failure, biomarkers for early diagnosis of hepatocellular carcinoma, drug-induced liver injury, and hepatitis B. We are also involved in many clinical trials that evaluate new therapies for various liver diseases, including hepatitis B and C, fatty liver, Wilson disease, and hepatocellular carcinoma.

The Hepatology Program is committed to patient education and physician training. We offer a one-year Transplant Hepatology Fellowship for candidates who have completed an ABIM-certified three-year Gastroenterology Fellowship. This program has trained a majority of the transplant hepatologists practicing in Michigan.

Today, we are leading the way with the help of collaborative partnerships, a robust research infrastructure here at the University of Michigan, and our patients, whose involvement in our clinical studies, have led to many medical breakthroughs. Recognizing that optimal management of liver diseases requires a team approach, we have added three multidisciplinary clinics: Wilson Disease, Nonalcoholic Fatty Liver Disease, and Alcoholic Liver Disease; to our two existing multidisciplinary clinics: Liver Transplant and Liver Tumor.

I am proud of our program and often amazed by our accomplishments. I hope you will partner with us.

Anna Lok, MD, FRCP, is assistant dean for clinical research for Michigan Medicine, a post she has held since March 2016. She also is the Alice Lohrman Andrews Research Professor of Hepatology.

Dr. Lok's research, which is funded by the National Institutes of Health, federal and private foundations, and various pharmaceutical companies, focuses on the natural history and treatment of hepatitis B and C, and the prevention and early diagnosis of liver cancer. She has published more than 500 papers on viral hepatitis and liver diseases and was recognized by Thomson Reuters as a top 1% most-cited researcher from 2002–2012.

Dr. Lok has received many awards throughout her career. She has been included in the list of “Best Doctors” and “Who’s Who” for many years. In 2017, Dr. Lok was the president of the American Association for the Study of Liver Diseases in 2017. She was the first University of Michigan faculty and the fourth woman to hold this position. 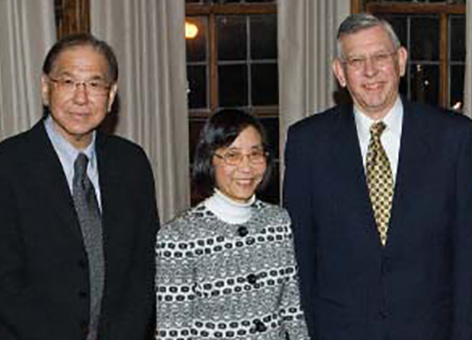 A native of Detroit and graduate of Redford High School, Alice Lohrman earned her bachelor’s degree in education from the University of Michigan in 1960. She met Chuck in 1958 at a social mixer, and they were married in 1961. A fellow U-M alum, with a degree in business, Chuck rose through the executive ranks at Ford Motor Company. Alice taught school, taking a particular interest in children with special needs; in later years, she sold real estate. She was also active as a national officer in her sorority, Alpha Chi Omega. The couple, who shared a love of U-M football and basketball, raised three children.

In the mid-1990s, Alice was diagnosed with liver disease. The family sought care from world-renowned hepatologist Anna Lok, MD. When Alice lost her life to the disease in 1996, the family philanthropic organization TUKTAWA (pronounced “tucked away”) was directed to make gifts to support Dr. Lok’s research toward more effective treatments and, eventually, a cure.

In December 2007, the foundation decided to further support Dr. Lok’s work by establishing a professorship in Alice’s name in order to advance the world-class research in liver disease at U-M, made possible by Dr. Lok’s leadership of the hepatology team in the Division.

Dr. Lok continues to hold the Alice Lohrman Andrews Research Professorship in Hepatology today, and her work is transforming how diseases of the liver are diagnosed, managed, and treated.

About the Hepatology Program