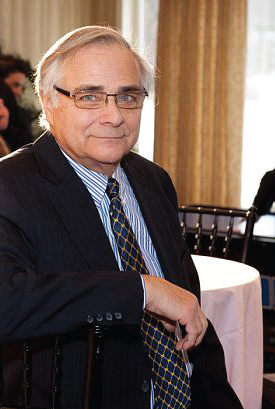 Roger A. Berg, MD (LSA 1957, MD 1961) is a longtime supporter of the Medical School and of the Department of Radiology. He has established an endowed annual lectureship and prize in the Department of Radiology and was instrumental in raising funds for his medical class of 1961’s scholarship in honor of Anatomy Professor Russell Woodburne. With his two brothers (Paul, BA 1955, MD 1959 and Bruce, BA 1963, MD 1967), both of whom are second generation Michigan medical graduates, he established the Eve and Albert Berg Memorial Loan Fund in 1986 to honor their parents. Albert Berg (AB 1928, MD 1932), worked his way through medical school and practiced general medicine and radiology on Staten Island, New York, for 50 years.