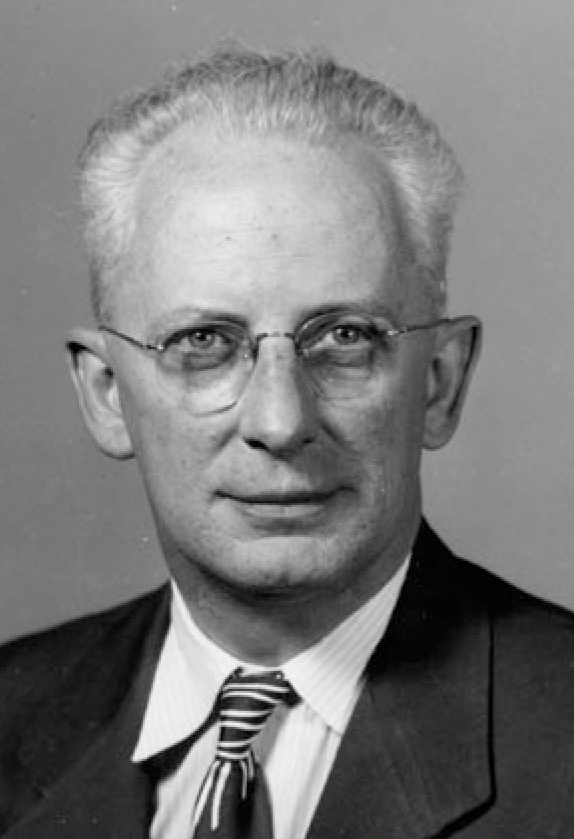 Fred Jenner Hodges II, M.D., was born in 1895 in Madison County, in northern Indiana. His father, a doctor, founded one of the first hospitals in the area and was a direct descendent of Edward Jenner, discoverer of the smallpox vaccine. Hodges followed in his father’s footsteps and became a doctor, entering the nascent field of radiology in time to participate in an era of great scientific innovation. He spent 34 years as chairman of the Department of Radiology and seven as the assistant dean of the U-M Medical School.

Hodges’ research accomplishments were legion. He helped the department develop a system to keep statistics on cancer patients treated at Michigan. He researched radiological measurements of the heart in normal and diseased states, and he envisioned a treatment for cancer with radioactive material produced by a cyclotron. He also studied the effects of cyclotron generated radiation on the fertility of rabbits. But he was equally known for his excellence in the classroom. During his career at Michigan, he taught the intricacies of radiology to 34 successive classes of medical students. Many current leaders in the field of radiology are products of the U-M Medical School during his tenure. Hodges was the first recipient of the Silver Shovel Award from the Galen's Medical Society in 1937. The shovel, purchased in downtown Ann Arbor at Schlenker’s hardware store by medical student J. Robert Willson (who would one day become an esteemed member of the gynecology faculty) and silver-plated by an Ann Arbor silversmith, was used to dub Hodges“Knight of the Shovel” as a humorous - and highly affectionate - tribute to his popularity as a teacher. The Silver Shovel “knighthood” continues annually to this day, and Willson himself received the recognition in 1976.

Today, Hodges’ impact on medicine at Michigan endures. After his death in 1977, a group of friends, colleagues and former students joined together to create the Fred Jenner Hodges Professorship in Radiology to honor this enthusiastic teacher and tireless researcher.

N. Reed Dunnick, M.D., is the Fred Jenner Hodges Professor and chair of the Department of Radiology. Dr. Dunnick specializes in imaging of the genitourinary tract. He has served on the editorial boards of 13 peer-reviewed journals and is a past president of the American Roentgen Ray Society, the Association of University Radiologists and the Academy of Radiology Research. Dunnick is president and trustee for genitourinary tract radiology of the American Board of Radiology.