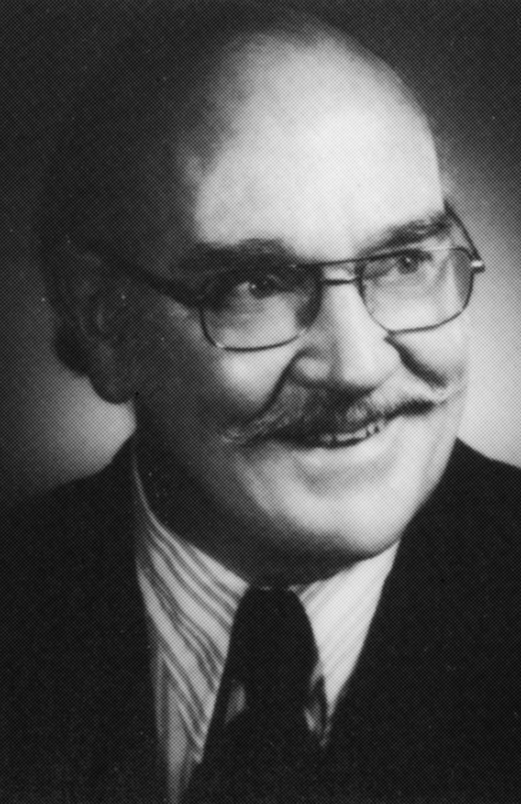 Starting in high school, John F. “Jack” Holt, M.D. (Residency 1941), played the saxophone and sang in swing bands like The Dearopolis Aces and Bill LeRoy and the Town Tattlers. The gigs helped him pay for his schooling, and he even considered a career in music, but one fateful show helped him make up his mind otherwise.

Said Holt, “We encountered Freddie Carlone’s orchestra from tiny Canonsburg, Pennsylvania, a much better band than ours. They had the local barber as vocalist; his name was Perry Como. I decided that if I wanted to compete with talent like that that I would need a lot of voice training!”

The professional music world’s loss was medicine’s gain. Holt devoted his life and career to the field he helped pioneer, pediatric radiology. He trained hundreds of radiologists during more than 40 years at the University of Michigan.

“Those of us who worked with Jack admired his knowledge and acumen and enjoyed his cheerful nature, which was manifested in that smile beneath the neatly trimmed mustache,” wrote Michael A. DiPietro, M.D., the first John F. Holt Collegiate Professor of Radiology.

Holt was born in 1915 in Pittsburgh, Pennsylvania, and completed the six-year Bachelor of Science and medical degree program at the University of Pittsburgh in 1938. The next year, Holt moved to Ann Arbor for his residency in radiology at the University of Michigan, and here he stayed. He was the first director of pediatric radiology at C.S. Mott Children’s Hospital. He authored one of the seminal textbooks of the field, Radiology for Medical Students. Among his many influential papers, one had a particularly beneficial effect, as it called attention to the number of unnecessary tibial osteotomies being performed on children in the 1950s.

For his pioneering work in the medical community, Holt was honored by the National Neurofibromatosis Foundation, the American Roentgen Ray Society and the Society for Pediatric Radiology— among many others. The University of Pittsburgh recognized him as an outstanding alumnus, and the University of Michigan Medical Center Alumni Society honored him with a Distinguished Service Award in 1996.

“As a surprise gift for Dr. Holt on his retirement (in 1984),” DiPietro told the University Record, “we collected and bound the many wonderful letters of congratulations that had been sent to him from colleagues and former students from around the world. Reading those letters truly impressed us with the vast scope of his influence on pediatric radiology and how admired and liked he was.” After Holt’s death in 1996, colleagues began contributing toward a professorship in his honor, and in 2004, DiPietro was installed as the inaugural holder.

DiPietro came to the University of Michigan as an assistant professor of radiology in 1982, and became a full professor in 1996. His research and clinical interests include pediatric neurosonography, pediatric musculoskeletal sonography, pediatric spinal sonography, and pediatric intraoperative sonography. Like his friend John Holt, DiPietro is an avid musician and plays the bassoon in the University of Michigan Life Sciences Orchestra. N. Reed Dunnick, M.D., professor and chair of the U-M Department of Radiology, believes DiPietro’s most outstanding contribution is teaching. According to Dunnick, DiPietro “has a naturally outgoing personality and loves to discuss imaging findings with trainees.”