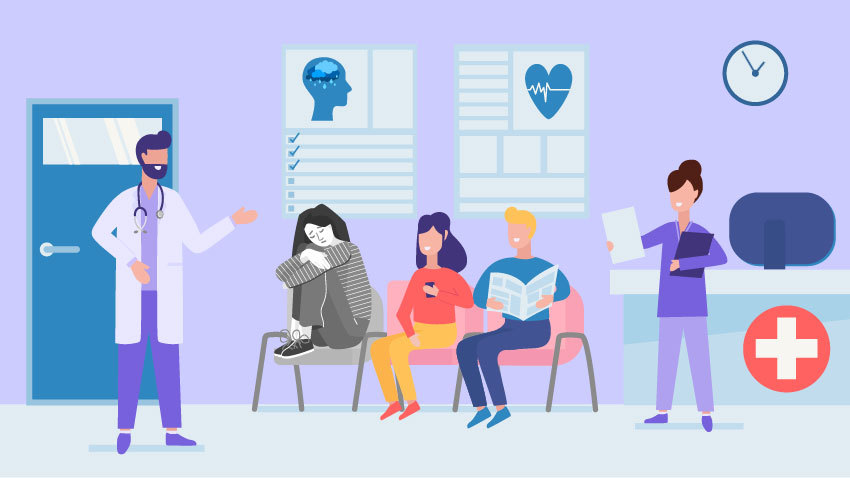 The suicide rate among American adolescents has risen drastically over the last decade, but many at-risk youths aren’t receiving the mental health services they need.

In fact, one of the greatest challenges is identifying the young people who need the most help. 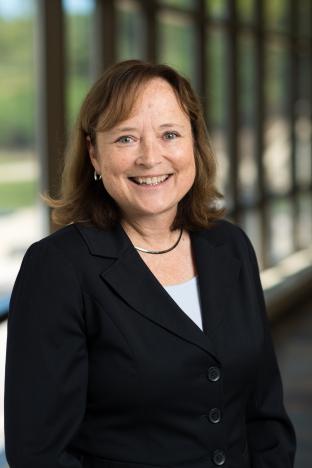 “Too many young people are dying by suicide and many at high risk go completely unrecognized and untreated,” says lead author Cheryl King, Ph.D., a professor, clinical child psychologist and director of the Youth and Young Adult Depression and Suicide Prevention Research Program in the Department of Psychiatry at Michigan Medicine.

“About half of the youth who die by suicide have never received any mental health services and some die on their first suicide attempt. We saw an urgent need to improve proactive, universal suicide screening of young people.”

The screening tool, called the Computerized Adaptive Screen for Suicidal Youth, or CASSY, is designed to be used in emergency rooms through a brief and efficient system that doesn’t disrupt care. When an adolescent or teen is admitted for any reason – whether it’s a psychiatric complaint or something unrelated like a sports injury – they complete a questionnaire on a digital device.

Follow-up questions and the number of questions are based on their answers so that the screening is tailored to the individual patient.

Adolescents are asked about suicidal thoughts but also other factors that may put them at risk, such as sleep disturbance, trouble concentrating, agitation, depression and hopelessness, and issues with family and school connectedness. The combination of risk factors is what determines a score for their suicidal risk level.

While existing suicide screening tools are currently used, King says, previous research indicates that many young people who are high risk still aren’t detected, or too many are detected as being at risk, including many who are “false positives.”

“Different combinations of risk factors can place youth at risk,” says King, who is also a child and adolescent psychologist at Michigan Medicine C.S. Mott Children’s Hospital and member of the University of Michigan Injury Prevention Center. “If we screen only for suicidal thoughts, we will miss some high risk adolescents.

“There are many reasons young people may not share suicidal thoughts, possibly because they’re ashamed, they aren’t experiencing the thoughts at the time of screening, or someone reacted in a way they didn’t feel was helpful when they shared suicidal thoughts or sensitive information in the past.”

This computerized adaptive screening system, she says, provides the healthcare provider in emergency services with information about the probability of a future suicide attempt. It offers thresholds for identifying different levels of risk, ranging from mild to high.

“This screening tool has the potential to be a step forward in our effort to improve clinical care models to adequately meet the needs of youth mental health,” King says. 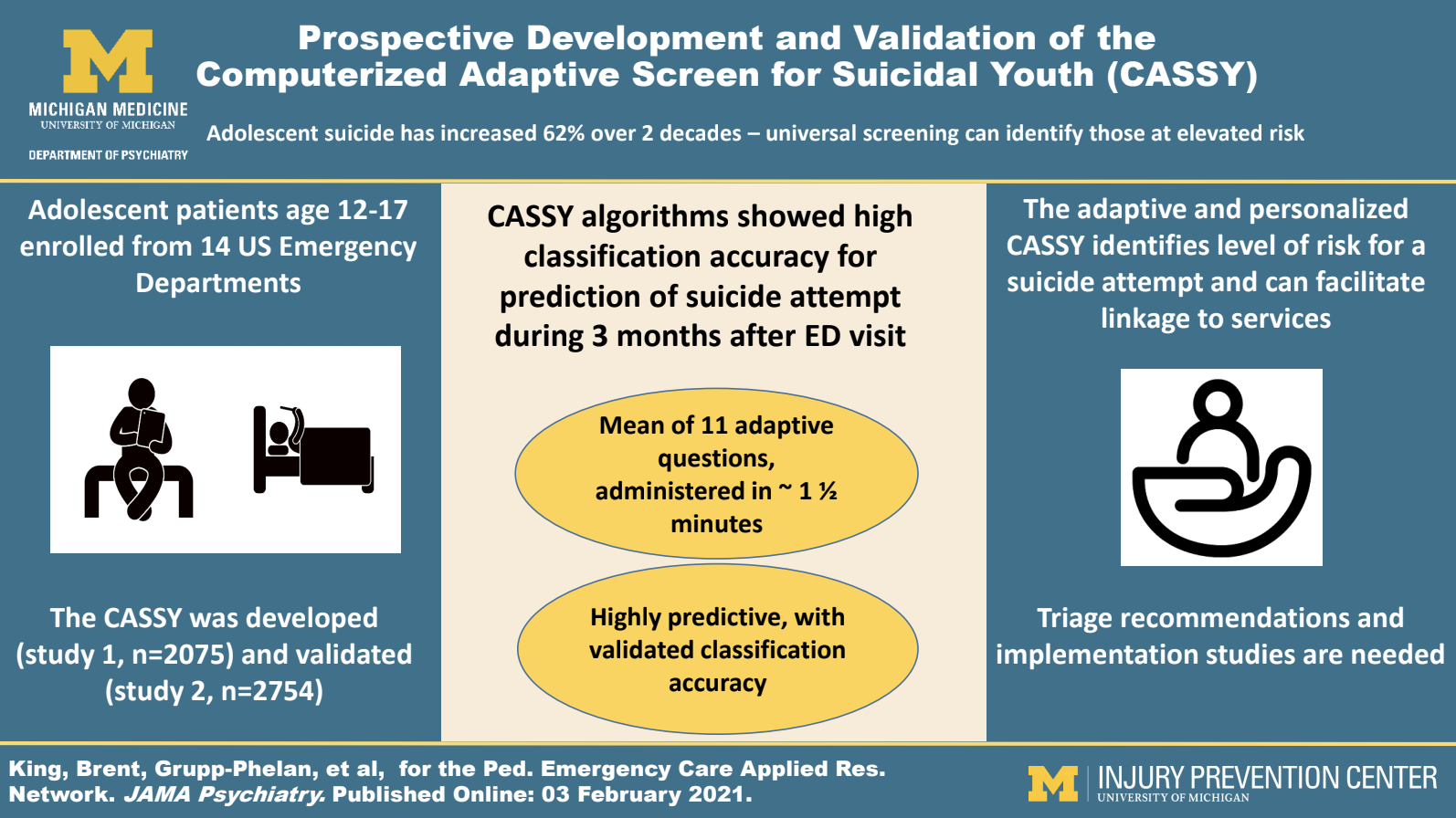 Suicide is the second-leading cause of death among U.S. teens, and the suicide rate among adolescents in the U.S. has grown by 62% since 2000. In 2018, the U.S. reported its highest annual number of adolescent suicide deaths that included 1,750 young people aged 12-17.

The algorithm for the computerized screening tool was based on data from multiple centers that participated in the Emergency Department Screen for Teens at Risk for Suicide, which is funded by the National Institutes of Mental Health.

Emergency departments are well suited for suicide risk screening, King notes, since nearly 19% of U.S. adolescents visit the ED over the course of a year. ED visits for youth suicide risk and self-harm have also recently doubled and are a common point of access for health services, she says.

The new study included two cohorts of adolescents aged 12-17 that visited the emergency departments. This screening tool was developed in the first cohort with 2,075 youth and validated in a second, independent cohort with data from 2,754 youths. In this second cohort, a total of 165 adolescents (6%) made at least one suicide attempt over the three-month period, and this computerized screening system predicted risk for suicide attempt with more than 88% accuracy over the next three months.

King and her study colleagues are hopeful that many emergency departments nationwide will consider incorporating this personalized screening tool into their care models to improve suicide risk identification and treatment planning.

The development comes as national and local experts have shared concerns about isolation from the COVID-19 pandemic exacerbating mental health issues for teens at highest risk of anxiety, depression and suicidal thoughts.