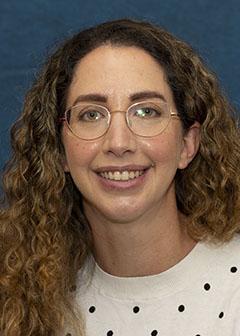 Dr. Hammer completed her medical studies at the Technion University in Israel, and obtained her PhD in molecular biology from the Weizmann Institute of Science, Israel. Her doctoral thesis identified a new mediator of radiation-induced senescence, controlling cytoskeletal organization. Before beginning her fellowship, she was a resident at the Department of Radiation Oncology in Sheba Medical Center, Israel. She is currently completing a fellowship comprised of prostate cancer research projects as well as clinical rotations. 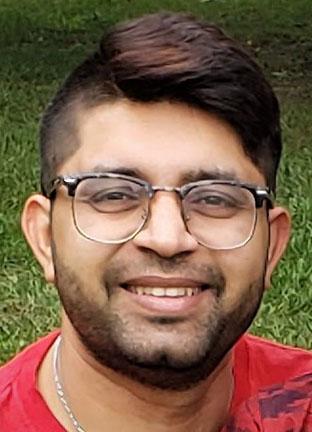 Sahezeel Awadia received his PhD from the University of Toledo and joined the Rehemtulla laboratory in 2019. His current research is focused on delineating the structural and functional underpinnings for the role of FADD in regulating the APC/C complex during the G1 to S transition. In normal cells, the eukaryotic cell cycle is initiated by the binding of growth factors to cell surface transmembrane receptors, events that activate intracellular signaling pathways that promote cell growth and orderly entry into the four consecutive phases of cell division: G1, S, G2 and M. During G1-phase of the cell cycle, the decision for a cell to enter a state of quiescence, or commit to a cell cycle round by passing the restriction point (R-point) and enter the S-phase (when DNA replication is initiated) in response to growth factors is made based on a complex set of interactions between cyclin-dependent kinases (Cdks), Cdk inhibitors (CKIs), and the anaphase-promoting complex/cyclosome (APC/C). Unlike normal cells, cancer cells evolve the ability to evade the R-point and continue through the cell cycle and overcome the R-point, even in the absence of extracellular growth factors and despite the presence of extensive DNA damage. The Rehemtulla lab has identified FADD (Fas Associated Death Domain), a protein commonly associated with apoptotic cell death, as a key mediator of the G1 to S transition. Dr. Awadia's recent work has identified FADD as a requisite regulator of the APC/C complex, wherein it functions as an APC/C inhibitor during the G1 to S transition. Normal as well as cancer cells lacking in FADD fail to overcome the R-point and remain arrested in G1 despite the presence of mitogenic proliferative signaling due to APC/C hyperactivation. 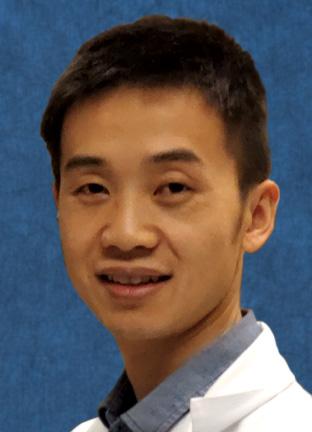 Dr. Jiang received his PhD from the University of Science and Technology, China in 2017. He joined the Michael Green laboratory in 2019, and works on preclinical research examining novel determinants of immunotherapy and radiotherapy efficacy. 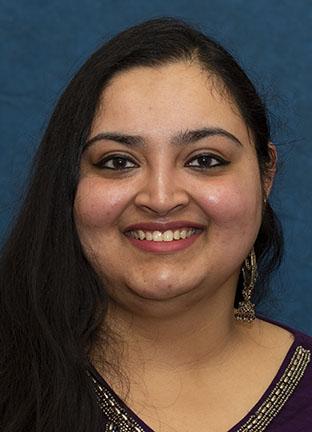 Srimathi is a postdoctoral fellow in the Dipankar Ray Laboratory. She received her masters in Biotechnology from the University of Leeds, UK. Srimathi then went on to obtain her PhD in Cell Biology from the University of Toledo. Her doctoral thesis identifies a novel interlink between MAPK signaling pathways and the LATS/Hippo pathway in ovarian cancer. In the Ray lab, Srimathi focuses on the role of RNF128 in Barrett’s progression. 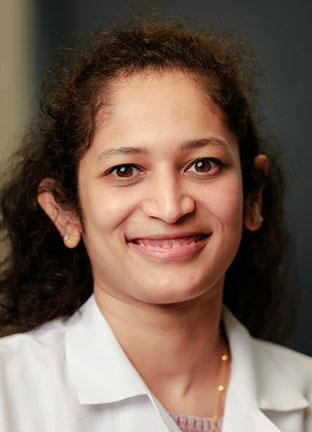 Navya is a post-doctoral research fellow in the Wahl lab. Navya obtained masters and bachelor's in India, after which she earned her PhD in Biomedical Engineering from Stony Brook University, NY.  Her doctoral research was on understanding how kinase substrate specificity of EGFR and PDGFR diversifies IL6 signaling and pro-metastatic phenotypes. In the Wahl lab, her research focuses on targeting the metabolic vulnerabilities to radiosensitize MTAP-deleted GBMs. She also works on metabolic strategies to radiosensitize IDH1 wild-type GBMs. 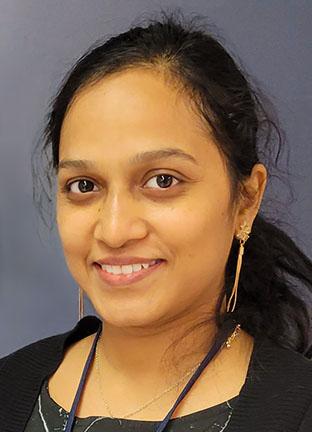 Sravya is a post-doctoral research fellow in the Wahl lab. Sravya completed her medical training (MBBS) after earning a PhD in Neuro-Oncology from the National Institute of Mental Health and Neurosciences in India. Her research focused on mitochondrial DNA content and its role in radiation resistance in Glioblastoma(GBM). In the Wahl lab, Sravya's research is centered on metabolism in the tumor microenvironment and its role in repair of radiation induced DNA damage in GBMs. The goal of her research is to identify strategies to sensitize GBM to radiation therapy.

Dr. Polan is the Lichter Research Fellow in the Advanced Treatment Planning research group under the direction of Dr. Matuszak. He received his PhD in Nuclear Engineering & Radiological Sciences from the University of Michigan while working with the Department of Radiation Oncology for his doctoral research. During this time, he contributed to projects related to adaptive RT workflows, including studies on imaging processing and deformable image registration. Recently, his research has focused on the development of novel optimization strategies, centered around integrating patient data and personalized outcome predictions directly into the plan optimization process. Dr. Polan currently serves on the organizing committee for the Winter Institute of Medical Physics and is a strong proponent of community outreach and peer mentorship. 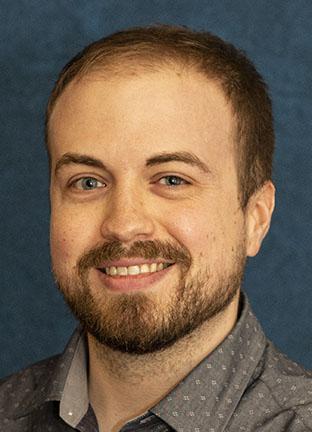 Drew is a cancer biologist interested in identifying and targeting metabolic vulnerabilities in tumors. He joined the team after completing his doctoral research studying how mitochondria regulate cell death and survival in cancer cells. In the Wahl and Lyssiotis labs, he is using in vivo models to determine how metabolic activity governs radiation resistance in brain tumors and targeting these pathways in patients.