"Patients and Families First" is the motto of the University of Michigan Health System. The pharmacy department strives to see patients and their families through a number of services and locations.

We serve our patients both in the inpatient and outpatient setting. When patients are in the hospital or receiving care at a UMHS facility, pharmacists are there working with physicians and nurses to ensure best care. Pharmacists serve as experts in drug therapy and dosing. Pharmacists perform functions like making sure chemotherapy orders are correct and properly dosed, helping patients and physicians with anticoagulation dosing, and dosing for drugs such as antibiotics and anticonvulsants.

The pharmacy also provides outpatient locations for patients to fill prescriptions. Because of the specialized care that UMHS provides, often other community-based pharmacies are not equipped to handle some of the complicated prescriptions that our patients receive. 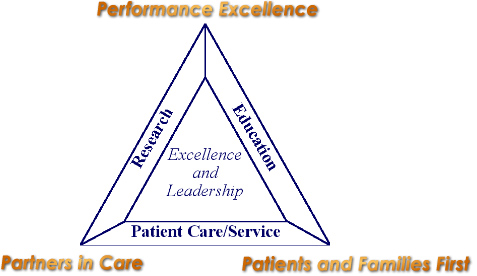 Getting Your Prescription Filled

Getting Ready to Go Home - Plan Ahead

The goal of the Research Pharmacy (RP) at the University of Michigan Health System (UMHS) is to ensure that investigational drug studies and other drug related research at the Hospitals and Clinics are conducted in a safe and efficient manner. In doing so, the RP assists investigators in complying with the requirements of the FDA, study sponsors, Michigan State Board of Pharmacy Regulations, JCAHO and hospital and pharmacy policies. The RP will only handle protocols that have approval of the Medical School Institutional Review board.

The RP follows the UMHS policies on confidentiality, theHealth Insurance and Portability Accountability Act (HIPAA) regulations and the requirements of the sponsor. It recognizes the confidential and proprietary status of information provided by sponsors of research. As appropriate, this information is shared with staff directly involved in the study and with those responsible for the care of patients participating in a study.

The RP is responsible for developing and implementing procedures for the proper control and handling of investigational drugs, including procurement, storage, medication labeling and dispensing, drug inventory management, and other distribution and control functions. All investigational and study drugs are stored in the Pharmacy such that their stability and activity are maintained. The RP Pharmacy can accommodate drugs which require special storage conditions such as refrigeration or freezing. All study drugs are stored separately from other drugs in the Pharmacy to prevent loss or use by unauthorized Pharmacy personnel. Investigational drugs are accessible only to authorized Pharmacy personnel 24 hours a day 7 days a week.

The preparation and distribution of drug information regarding investigational drugs is the responsibility of the RP. Information is described in the Pharmacy Dispensing Guidelines and is obtained from the protocol and investigator's brochure that is provided by the study sponsor.

For all drug studies, the RP staff prepares and distributes Pharmacy Dispensing Guidelines that outline the Pharmacy's responsibilities for preparing, packaging, labeling, and dispensing the drug, as well as maintaining dispensing records. An investigational or study drug may be dispensed only upon receipt of a written order by a prescriber authorized by the principal investigator. All investigational drugs must be properly signed out of inventory and labeled according to State and Federal guidelines with the required information such as patient's name, directions for use, amount dispensed, prescriber's name, and the study drug name. Additionally, the study drug containers must be labeled with the statement "Investigational Drug." The RP staff ensures that hospital and pharmacy policies and procedures are followed for the preparation, handling and disposal of investigational chemotherapeutic agents. All parenteral investigational agents are prepared aseptically according to pharmacy policy.

It is mandatory that accurate and appropriate inventory records are maintained for all study drugs that are received and distributed by the RP. Information on a drug accountability log includes but is not limited to: receipt date, dispensation date, patient identifier, quantity, lot number, expiration date, and dispenser's initials. Appropriate inventory levels are maintained by RP to ensure availability of study drugs. Expiration dates are checked and stock is rotated as needed. As indicated by individual sponsors, outdated study medications may be returned by RP to the study sponsor or destroyed. At the end of the study, all medications are accounted for and properly returned to the sponsor. In addition, upon termination of an investigational drug study, per FDA regulations, all inventory records shall be completed and stored for at least two years after the drug's New Drug Application (NDA) is approved or its Investigational New Drug Application (IND) is terminated. However, the RP at UMHS retains all records until notified by the Principal Investigator or the study sponsor that the records can be discarded.

Medicare Part D is the prescription drug program for Medicare beneficiaries. This benefit is be administered through private health-insurance companies that bid against one another to ensure competitive pricing.