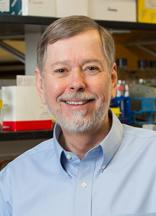 Our research focuses on the areas of genome instability and the molecular biology of human genetic disease. A longstanding interest is the study of chromosomal fragile sites, which are loci that are especially sensitive to breakage following replication stress. Our studies of fragile sites have led to our current focus on copy number variants (CNVs). In only the last few years, thousands of normal CNVs spanning tens to hundreds of kb have been found in the human genome where they play important roles in normal genomic variation and evolution. In addition, de novo CNVs are a major cause of genetic and developmental disorders, including mental retardation, autism, schizophrenia, epilepsy, skeletal defects and others. Despite their importance, there is limited understanding of how most CNVs arise and the risk factors involved. We developed a novel in vitro model system to study the genetic and environmental causes of de novo CNV mutation formation in human cells and discovered that cellular exposure to inhibitors of DNA replication lead to a high frequency of CNVs resembling most polymorphic variants, de novo germline CNVs and CNVs arising in cancers. Our current efforts are focused on expanding on these findings to identify the genetic and environmental factors involved in CNVs formation using novel assays both in vitro and in mice in vivo and high-resolution genome analysis approaches. Our recent findings link CNV formation to conflicts between replication and transcription opening the way to new questions and approaches.

Our second major interest is Hutchinson-Gilford Progeria (HGP). HGP is characterized by the premature onset of many of the features associated with aging, such as an aged appearance and arteriosclerosis, with death usually before age 15. We were involved in a consortium effort that identified the gene (lamin A/C) responsible for this fascinating disorder, opening the door to functional studies and the identification of therapeutic drug trials. Our current interests include the role of lamin A in genome stability and the identification of genes responsible for related progeroid disorders.