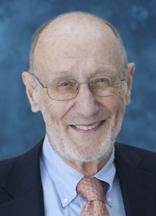 A graduate of Oberlin College and Rhodes Scholar at the University of Oxford, Dr. Gelehrter received his M.D. from the Harvard Medical School in 1963. From 1965-69, he was a research associate in the Laboratory of Molecular Biology at the National Institutes of Health, followed by a postdoctoral fellowship in medical genetics at the University of Washington. From 1970-74, he served on the faculty at Yale University School of Medicine. He joined the faculty at the University of Michigan in 1974, and holds appointments in Human Genetics and Internal Medicine. From 1977 to 1987, he was the founding Director of the Division of Medical Genetics in Internal Medicine, and from 1987-2004, he was Chair of U-M's Department of Human Genetics. His research has been recognized by a Faculty Research Award from the American Cancer Society and a MERIT Award from the National Cancer Institute . His teaching of medical students has been recognized by the Kaiser-Permanente Award for Excellence in Preclinical Teaching and a Lifetime Achievement Award in Medical Education from the University of Michigan, as well as the American Society of Human Genetics Award for Excellence in Human Genetics Education. With Francis Collins, Dr. Gelehrter published a very successful textbook, Principles of Medical Genetics, the first to integrate modern molecular genetics with clinical genetics. He is a recipient of the University’s Distinguished Faculty Achievement Award.