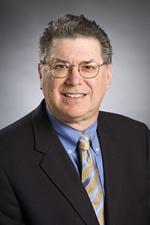 As medical director of U-M Health System’s Adult Bone Marrow Transplantation Program from 1990 to 1997, Dr. Silver grew the program into one of the country’s largest transplant sites.

He received the American Medical Association’s (AMA) Gordon Award for his work on its Current Procedural Terminology (CPT) Editorial Board, which identifies codes for medical procedures.

Dr. Silver established Michigan’s first statewide consortium on quality breast cancer care, and in 2008 received a Statesman Award from the American Society of Clinical Oncology for his significant volunteer efforts.

He serves on the Michigan Carrier Advisory Committee to Medicare. He is a past president and current board member of the Michigan Society of Hematology/Oncology.