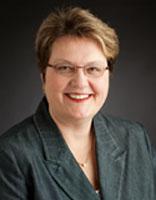 Dr. Dee Fenner was board certified in Gynecology in 1991 and recertified in 2003 by the American Board of Obstetrics and Gynecology.  She received her medical degree in 1985 from the University of Missouri – Columbia, completed her residency at the University of Michigan in 1989, and completed her specialty training in urogynecology at the Mayo Clinic Fellowship Program in 1992.

As the Director of Gynecology, the Director of Surgical Services and a Professor in the Department of Obstetrics and Gynecology at the University of Michigan, Dr. Fenner has dedicated her career to the understanding and treatment advancements of pelvic floor disorders.