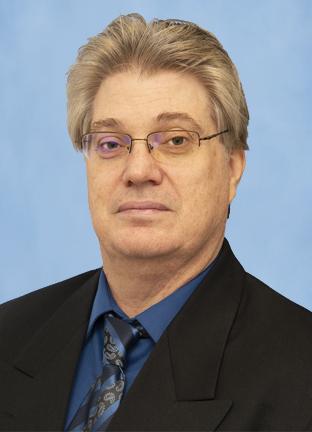 Derek J. Nancarrow Ph.D. is an Assistant Research Scientist in the Department of Surgery at the Thoracic Surgery Cancer Biology Laboratory at the University of Michigan. He received a B.S. with dual majors in biochemistry and life science in 1984 from Griffith University (Queensland, Australia) and completed a part-time Ph.D. in molecular biology at University of Queensland in 1999 on the genetics of familial melanoma. In addition to expertise in familial cancer genetics, Dr. Nancarrow worked in psychiatric genetics for more than a decade (1993-2003) at the Queensland Centre for Schizophrenia Research and further broadening his genetic analysis repertoire by authored manuscripts in other non-cancer human disease genetics, including neurosensory deafness, retinitis pigmentosa and retinal degeneration. In 2003 Dr. Nancarrow took a Senior Research Officer position at the Queensland Institute for Medical Research to focus on the etiology and characterization of esophageal adenocarcinoma and its progenitor tissue, Barrett's esophagus, using genome-based methodologies. With a break from research during 2012-2013, Dr. Nancarrow moved to the United States in late 2013 and took a Senior Research Specialist position in the Section of Thoracic Surgery at the University of Michigan, to further his research into genetic factors contributing to the development of esophageal adenocarcinoma.

With over 70 peer-reviewed publications Dr. Nancarrow has applied a broad range of genetic methodologies, largely in cross-discipline, collaborative settings, and contributed scientific understanding to almost twenty human diseases. Since 2003, however, his research has primarily focuses on using genomics-rich datasets to improve our understanding elementary tract cancer, with a strong interest in esophageal adenocarcinoma and precursor tissue, dysplastic Barrett's esophagus. This body of work includes profiling of aberrant DNA copy number, methylation, mutation and gene expression burdens in EAC, as well as expression-based comparisons of esophageal tissue from non-disease and disease patients and the identification of specific factors involved with EAC treatment-response. More recently, Dr. Nancarrow's research as pointed towards the importance of specific gene isoforms and their role in EAC etiology. In particular, the identification of GSTT2 variants as a potential source for increased risk of developing Barrett's esophagus (with Dr. Daysha Ferrer-Torres, Dr. Laura Kresty, and directed by Dr. David G. Beer) and the role of differentially expressed RNF128 isoforms in altering p53 protein stability, a common driver in the formation of esophageal cancer (with Dr. Paramita Ray and directed by Dr. David G. Beer and Dr. Dipankar Ray). Broadening our understanding of the role specific isoforms might play in the etiology of Barrett's esophagus and progression to esophageal adenocarcinoma will be an ongoing focus for Dr. Nancarrow's research.