Those who both smoke cigarettes and have multiple alcoholic drinks a day face worse surgical outcomes – but talking about risks before surgery could help. 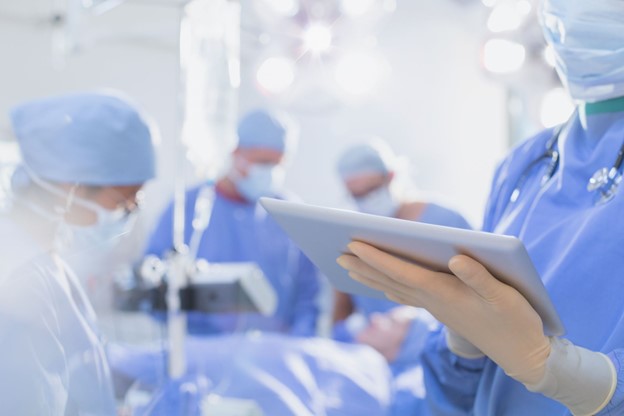 Two habits are riskier than one when it comes to surgery-related problems, according to a new study of 200,000 patients who smoked cigarettes, drank two or more alcoholic drinks a day, did both or did neither before they had an operation. Being a smoker, or drinking multiple drinks a day, both were associated with higher rates of problems after surgery. But both smoking and drinking regularly carried even higher risks, the University of Michigan study finds.

If patients and surgical teams want to reduce those risks, they may want to pay attention to a second new study led by the same addiction psychologist who led the first, Anne Fernandez, Ph.D.

The second study shows that surgery candidates who talked with a health coach about drinking-related surgical risks in the weeks before their operation were able to cut their drinking in half on average. Many completely abstained from alcohol, making them better prepared for surgery and healthier overall.

The pair of new studies has paved the way for a larger clinical trial of pre-surgery alcohol screening and health coaching, to see if it can help patients reduce or stop alcohol use and reduce the likelihood of surgical complications.

“Both smoking and heavier drinking are chronic health conditions that have each been linked to serious surgical complications and readmissions in people having surgery, but they’ve never been studied together,” says Fernandez, an associate professor in the Michigan Medicine Department of Psychiatry. “Now, the question is whether we can convey this information in ways that can motivate individuals to change their behavior to reduce their short- and long-term risks. Can we leverage a medical event that someone will face in the next month to make a change for an even longer period?”

Risk of smoking and drinking together

The first new study, published in the Annals of Surgery, used data from a statewide surgical registry called the Michigan Surgical Quality Collaborative. It shows that people who drink two or more alcoholic drinks a day, and also smoked cigarettes in the past year, were significantly more likely to end up back in the operating room, the hospital or the emergency room than those who do only one of those things or neither of them.

Those with both habits also had a higher chance of suffering an infection, a clot or some other type of post-surgery complication, according to new findings.

Fernandez and her colleagues looked at surgical complications, reoperations, hospital readmissions and emergency department visits within 30 days of the operation and corrected for many health and demographic factors.

Those who both smoked and had risky drinking patterns were also more likely to have a surgical complication, another hospitalization or an emergency department visit, when compared with those who don’t smoke and don’t drink at a risky level.

Those who had both smoking and drinking risk factors were also more likely to experience surgery-related issues than those who only smoked or only drank at risky levels. Previous research has shown smoking-related risks, and alcohol-related risks, but this was the first study to demonstrate additive risks of both smoking and drinking at risky levels.

MSQC, which is funded by Blue Cross Blue Shield of Michigan as one of its Collaborative Quality Initiatives, has yielded data that informed the development of “prehabilitation” programs to help smokers quit tobacco and improve lung function before their operation. Michael Englesbe, M.D., the director of MSQC and a transplant surgeon at Michigan Medicine who helped lead the development of a prehabilitation program called MSHOP, is senior author on the new paper.

Fernandez and Englesbe are both members of the U-M Institute for Healthcare Policy and Innovation, and Fernandez is a member of the U-M Addiction Center. She provides clinical care for people with alcohol use disorders at the U-M Addiction Treatment Services and the Multidisciplinary Alcohol-Related Liver Disease Clinic at Michigan Medicine.

While screening for tobacco use and counseling about quitting smoking in the preparation for surgery has become more routine, there’s been less focus on doing so for alcohol use, says Fernandez.

As shown by the MSQC database, the way alcohol use screening is done is not uniform across hospitals, and few use standardized tools that can more consistently identify those with the riskiest drinking habits. That’s why she and colleagues embarked on the pilot study whose results they’ve just published in the journal Surgery.

They used the standardized, validated Alcohol Use Disorders Identification Test to screen people scheduled for elective surgery at Michigan Medicine, and identified 51 people who scored at ‘risky’ levels, suggesting they should be assessed further for alcohol use disorder.

They then randomized these patients to one of two approaches in which a health coach talked with them about alcohol-related surgery risks, either briefly in a 10-minute session, or in a more intensive approach involving two 45-minute sessions that included motivational interviewing and goal setting.

They then asked the participants to report their level of drinking one month and four months later, and also tested the patients’ blood for evidence of alcohol use.

In both groups – the less-intensive education and the more-intensive coaching – the patients’ average self-reported weekly alcohol use decreased between 50% and 60%. Biomarkers showed that their self-reports were accurate.

The team, which also includes U-M Addiction Center Director Frederic Blow, Ph.D., developed the approach based on in-depth interviews with patients with risky drinking patterns. Those interviews showed that a ‘health coaching’ approach that doesn’t stigmatize drinking or use addiction-related language, but rather focused on health-based consequences of drinking among people having surgery, would be most accepted.

Now, Fernandez and her colleagues are preparing to launch a randomized controlled trial in hundreds of pre-surgery patients early in 2023, to assess further the impact of screening and coaching about alcohol use in the weeks and months before and after their operation.

The study will use a unique study design that randomizes patients to one of two approaches before surgery, and randomize them again after surgery to test the best combinations of strategies to help people make and maintain reductions in alcohol use for surgery and longer-term. It will also look at their post-surgery outcomes – including both surgical complications and the cost of their care.

“In general, alcohol is an under-studied and underappreciated surgical risk factor when compared to smoking, even though it can affect surgical recovery just as much, because alcohol use is so normalized in our society including among medical professionals,” she says. “In addition to ensuring better screening of all surgical patients for risky drinking, we need to find out whether the promise of a healthier recovery may motivate someone to change their drinking patterns, both short- and long-term.”

Fernandez notes that pain medications prescribed to surgical patients can interact with alcohol in risky ways – including both opioids and acetaminophen. Making sure patients understand the potential risks, and work on reducing risky drinking before the operation, could save their lives from an accidental overdose as well as reducing surgical complications.

Conversely, if someone with a serious alcohol use disorder has surgery and then must abstain from alcohol during their inpatient recovery, the withdrawal symptoms can be harmful or even fatal.

So, she says, even as the clinical trial gets started, surgical teams could take the results of the two new studies to spur better screening and coaching of their current patients around alcohol use, as well as tobacco use. Says Fernandez, “Even a brief discussion could help patients start on cutting back their drinking in the weeks leading up to their operation, and potentially cut their post-surgical risks.”