Suicide 'Near Misses' Are On The Rise Among New Moms, Data Shows

"When Kara Zivin was pregnant, she found herself facing a “perfect storm” of stressors. She was buried under a high-stakes work deadline, newly married and a new stepmom, and had decided to stop taking antidepressants because she hoped for a medication-free pregnancy.

Zivin is a public health researcher who teaches psychiatry and obstetrics and gynecology with the University of Michigan’s School of Public Health, but despite her background studying mental health, she began to spiral.

“Beginning in my first trimester and lasting after delivery, I battled terrible insomnia. Day blended into night and back into day,” Zivin wrote in a MedPage Today essay about her experience. She stopped eating and found herself getting lost while driving.

“One night in my eighth month of pregnancy, when I had convinced myself that my family would be better off without me, I swallowed handfuls of pills and crawled into bed, or so I thought,” Zivin wrote. “It turns out I went downstairs into the kitchen and collapsed. When my husband found me unresponsive, he called for help.”

Zivin survived. She had a baby, who is now 9 years old. And she spends much of her professional life now working to lessen the stigma that continues to shroud perinatal mental illness and suicide, not only by sharing her personal experience but through academic research.

And now she is co-author of an alarming new study that suggests suicide “near misses” during pregnancy and after childbirth, like her own, are on the rise.

The research, published in the journal JAMA Psychiatry last week, used hospital billing records from nearly 600,000 women who delivered babies between 2006 and 2017 across the United States." 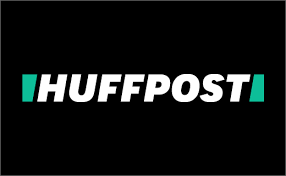