Prechter Program Collaboration with the University of Michigan Department of Pharmacology

The Jenkins Lab is a research group in the Department of Pharmacology. The lab studies the basic cellular and molecular mechanisms underlying complex neuropsychiatric diseases, such as bipolar disorder, using confocal microscopy, molecular and cell biology, transgenic mouse models, and biochemistry. 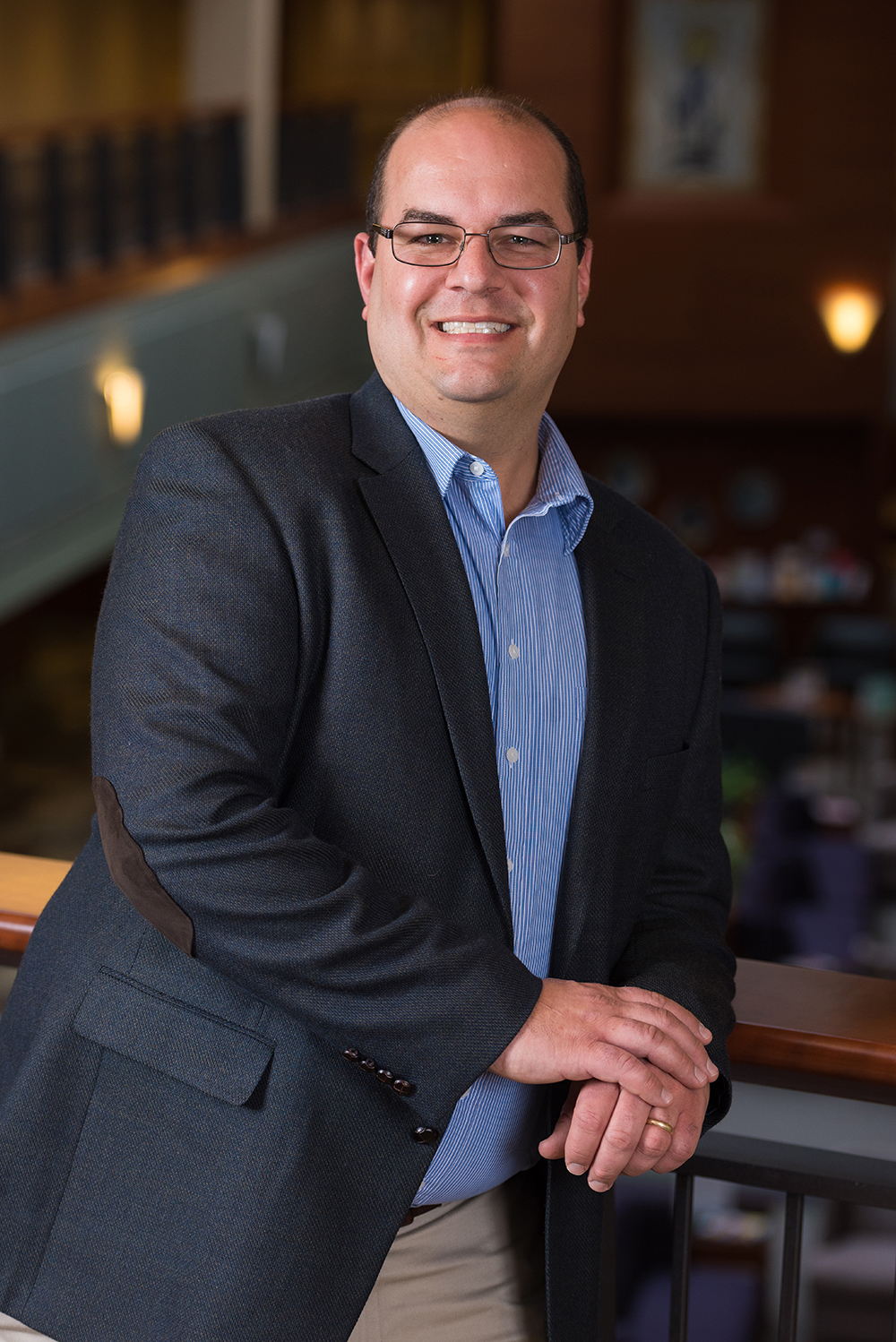 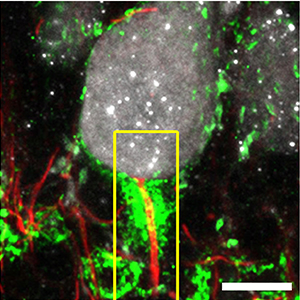 Ankyrin-G (red) is responsible for building synapses, or connections between neurons, in the brain. Synapses are marked with a transporter for neurotransmitters (green).

Bipolar disorder is a highly heritable disorder, which means that it is strongly linked to the patient’s genetic background. Because of this strong genetic component, there has been a great deal of effort to understand the genes that underlie susceptibility to this disorder. Genome-wide association studies (GWAS) have examined mutations and other changes to the genetic material (DNA) in bipolar disorder patients, which has given us insight into the genes that could play a role in the development of psychiatric disease. One of the strongest and most-replicated leads from these studies is the ANK3gene, which encodes the protein ankyrin-G.

Using genetically-modified mouse models, the Jenkins laboratory is working to understand the role of ankyrin-G in normal brain development and function. Ankyrin-G is a critical protein in neurons that organizes signaling molecules on the surface of the cell, which is necessary for the neurons to communicate effectively with each other. Alterations in these connections lead to disorganized signaling in the brain, reminiscent of those seen in patients with bipolar disorder. By understanding the mechanisms regulating the formation of networks of neurons, hopefully we can identify new therapeutic targets for the restoration of these critical neuronal connections.

While we have known that ankyrin-G is critical for organizing proteins on the surface of the neuron, almost nothing is known about the mechanisms regulating ankyrin-G localization within the cell. Recently, we have found that two enzymes play an important part in the control of ankyrin-G’s position on the cell surface. Intriguingly, mutations in the genes for these two enzymes, zDHHC5 and zDHHC8, are also linked to psychiatric disease, suggesting that zDHHC5, zDHHC8, and ANK3 might be one of the pathways altered in patients with bipolar disorder.

Future work in the Jenkins Laboratory aims to understand the mechanisms regulating this pathway in the hopes of identifying novel therapeutic pathways. In collaboration with Dr. Sue O’Shea and the stem cell research project, we will be examining the exact effects of ANK3 mutations in neurons created from skin cells of patients in the Prechter bipolar research cohort. Integration of the extensive clinical data from study participants along with the new and exciting cellular data from researchers in the Prechter bipolar research study will provide us with a comprehensive look at the mechanisms and pathways involved in the development of bipolar disorder. This information is critically important to the development of novel therapeutics necessary for the effective treatment of psychiatric diseases, like bipolar disorder.