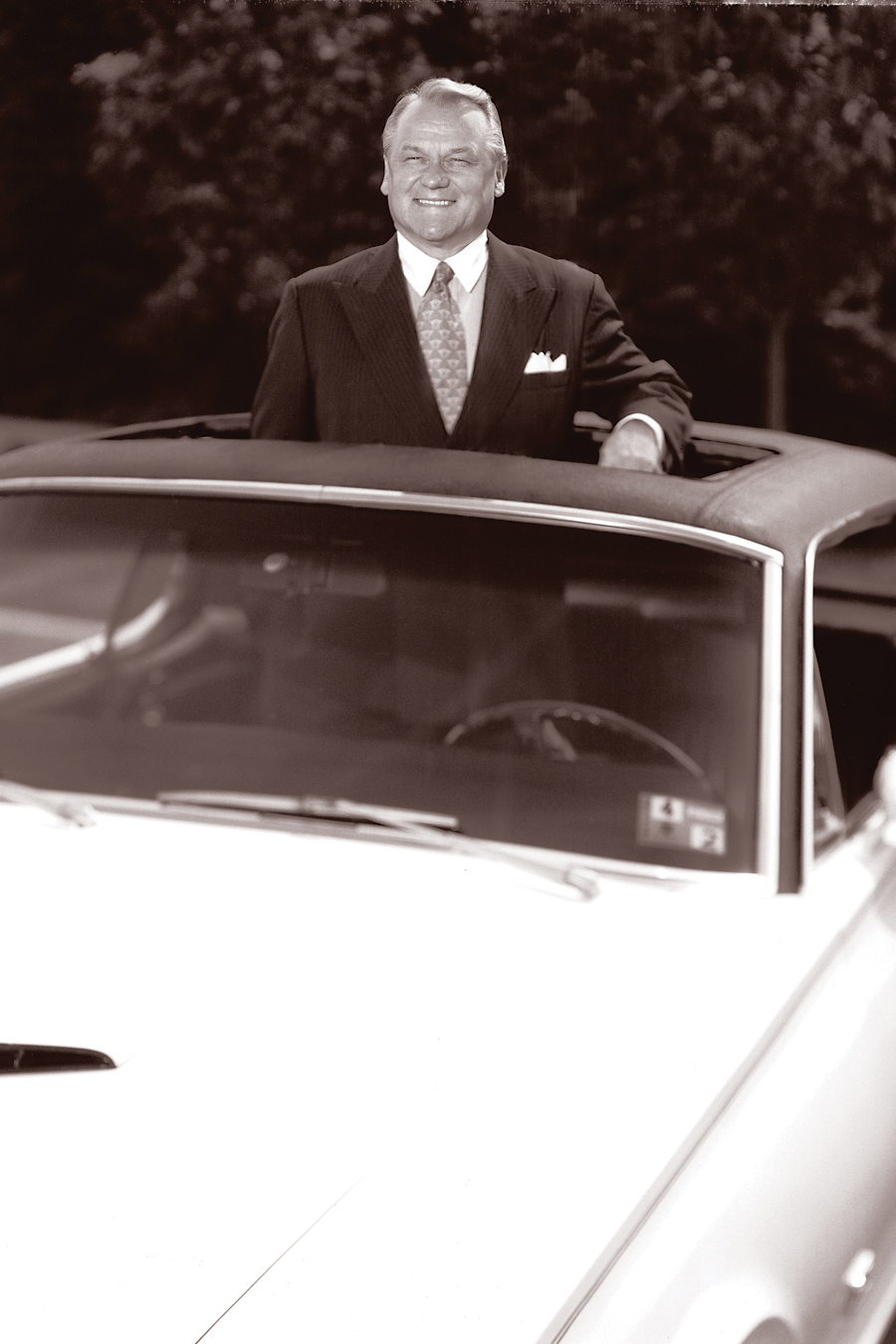 Heinz Prechter was born in Germany in 1942 and began his career in the auto industry at the age of 13 by serving as an apprentice at automotive trim and die companies. In 1963, he came to the United States as an exchange student at San Francisco State College, initially with the intent of staying just one year. Prechter fell in love with America, however, and soon sought a permanent visa. His visa arrived in December 1964, and in January 1965, he opened his own business installing sliding sunroofs in cars. Why sunroofs? "It was just something I knew," he later remarked.

In 1967, Prechter moved his American Sunroof Company from Los Angeles to Detroit after securing a contract with Ford Motor Company to install sunroofs in Mercury Cougars. As the years passed, the company ventured beyond sunroofs to include other products such as custom vinyl roofs, special edition vehicles, and one-of-a-kind show cars. By 1978, American Sunroof, or ASC, Inc., had modified more than 1.6 million American-made vehicles and provided another 300,000 sunroof modules for factory installation. In 1993, ASC began supplying sunroofs to Honda and, a year later, began building convertible tops for Toyota.

Prechter was more than an entrepreneur. He was a lifelong auto industry advocate and spokesman, involved with countless community and charitable organizations; a political fundraiser; and presidential confidant. He was an early supporter of the North American Free Trade Agreement and in 1990 was appointed by then-President Bush to serve as chairman of the National Advisory Committee on International Trade. Foremost, he always kept the best interests of the auto industry in mind. Prechter received countless awards and accolades and was named by the Automotive Hall of Fame as industry leader of the year in 1990 and received the Hall of Fame's Distinguished Service Citation in 1996. He remained one of the global auto industry's most visible and effective advocates until his death in 2001. He is survived by his wife Wally and twin children.