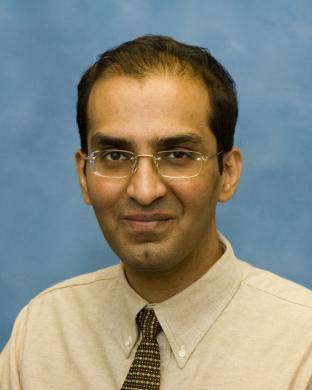 Dr. Venkatakrishna Rajajee completed his medical training at the Madras Medical College in India followed by residency training in Neurology at the Mount Sinai Medical Center, New York in 2003, and fellowships in Stroke/ Vascular Neurology and Neurological Critical Care at the UCLA Medical Center 2003-2005. In addition, he has several years of experience in private practice as an attending physician in medical/ surgical intensive care units. He joined the University of Michigan’s neurosurgery department 2008 as faculty neurointensivist and vascular neurologist. He has served as the medical director of neurocritical care since 2014 and as co-director of the comprehensive stroke center since 2017.

His other interests include the monitoring and management of patients with severe Traumatic Brain Injury (TBI). In 2013, Michigan Medicine signed a memorandum of understanding on collaboration in research and education with the All India Institute of Medical Sciences (AIIMS), New Delhi, with TBI as a major focus. As part of this collaboration, Dr. Rajajee has received funding from the National Institutes of Health (NIH) to study techniques of intracranial pressure assessment applicable to low and middle income nations. He is also a co-investigator on a study funded by the Department of Defense (DoD) evaluating noninvasive techniques to assess the brain following TBI. He is the author of UpToDate’s topic reviews on the management and epidemiology of TBI.

He is currently co-chair elect of the Neurocritical Care Society’s Guidelines Committee.