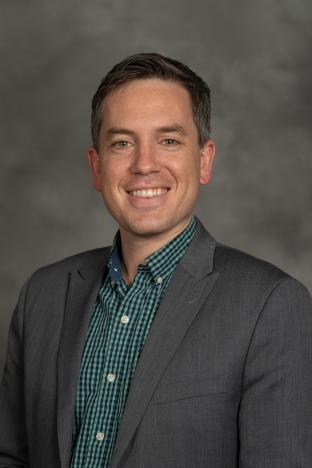 After completing his undergraduate degree in biochemistry at Calvin College, Dr. Tidball earned his doctoral degree in Neuroscience from Vanderbilt University in 2014 in the lab of Dr. Aaron Bowman studying potential environmental influence of metal ion exposure in both Huntington and Parkinson diseases. He completed his postdoctoral training in the lab of Dr. Jack Parent at the University of Michigan in 2019 studying the mechanisms of genetic epilepsies.

Dr. Tidball’s research has centered around utilizing human induced pluripotent stem cells to study neurological diseases. His current research focus is to understand the mechanisms of malformations of human brain development, including anencephaly, hemimegaloencephaly, and focal cortical dysplasia. Dozens of potentially causative de novo mutations (DNMs) have recently been identified for each of these conditions due to advances in sequencing technology. His research seeks to provide evidence for the causality of these genetic variants and understanding for the mechanisms by which they cause brain malformations. He is also interested in the mechanisms of neuro-teratogens, compounds that disrupt development of the central nervous system when ingested by the mother. For all of these studies, he employs human induced pluripotent stem cells and brain organoids combined with CRISPR gene-editing and transcriptional interference.